The final report on a major digital textbook pilot appeared recently and, because I wanted to study the document closely, mark it up with scribble unintelligible to anyone but its author, I immediately printed it out. And as I did that, I felt strangely self-conscious of the act, as if I were prejudicing the report's conclusions before turning a page.

The pilot, which took place in the spring of this year and included Cornell, Indiana University at Bloomington, and the Universities of Minnesota, Virginia, and Wisconsin at Madison, was pretty close to a complete failure. Certainly there are nuggets of encouragement but these were far outnumbered by student criticisms. One could almost sense the report’s authors straining to put the best face on the results. It’s admirable that they did not flinch from conveying students’ frustrations and disappointments with the reading materials, but the results really were worse than their concluding comments suggest.

Nowhere, for example, do the authors tell us that the pilot was financially artificial. They tell us that in all but one case—Indiana—students were actually given free access to the eTextbooks, yet this subsidy doesn’t weigh in their conclusions. Instead, we learn that the number one reason why students had any interest at all in using the eTexts is because of they were “lower cost.” Really? Low costs implies some cost and the fact that they actually had no cost only serves to make the result look better than they are. For if price is the major motivation for students, as they conclude, moving from "free" to even "low cost" will only increase resistance to their use.

The finding that cost was the top motivator for students is itself deeply problematic, not only for those heralding digital textbooks as a learning advancement, but also for commercial publishers who are striving to preserve the legacy cost structures of physical books as they turn to digital. Price alone is rarely a sufficient condition for a technological change and I don’t expect it will be one here. Instead, a panoply of learning benefits will need to accompany the economic one if digital materials are to come into their own.

The student survey results make clear that this is still some way off. Did use of an eTextbook increase engagement with course content? 21% said either “quite a bit” or “a great deal.” 35% said “somewhat” and 45% said “a little” or “not at all.” What about allowing students “to better organize and structure [student] learning”? About 25% of students thought it did. The rest, not so much. In question after question—from whether eTextbooks inspired students to read more to whether they even valued their own digital highlighting and annotations—the results are almost uniformly negative. One wonders what students would have said if they actually had to pay for the privilege.

Interestingly, the lead research finding is that only a minority of students—12%--elected to purchase physical copies. This is, however, hardly a comforting statistic for the proponents of this digital model. First, the choice for students was not likely between a free digital and a low cost print alternative, but between a free version and an expensive one (as a standard commercial textbook). Second, the 12% figure is misleading since it implies that the universe of student purchasers is 100%; but, those in the industry know that 100% sell-through is never an option unless the materials are included in the course fees. Instead, most people believe that about 1/3 of students do not buy textbooks. They borrow, share, photocopy, or simply try to do without. Remove those students from the pool of possible student buyers and it turns out that more than 18% of students who buy textbooks would have purchased a print copy if they were part of this study. Given the huge price disparity between the two options, and that price is the primary motivator, this is not supporting evidence.

Do the results of the pilot leave me pessimistic about digital course materials? Not at all. What they underscore, instead, is that several developments need still to occur for digital materials to demonstrate their pedagogical superiority over print text (for if they don’t have this what’s really the purpose?).

First, as I noted in a blog post this May, digital interactivity needs to match or exceed the physical interactivity that students enjoy. That’s not simply a matter of offering the capability to make digital highlights and annotations—which invariably feel like inadequate imitations of the real thing—but instead offering interactivity that simply isn’t available in the print world. And central to accomplishing this is faculty involvement. One of the few bright spots in the study is that students’ appreciation for the digital version shot up considerably when faculty were offering their own annotations and highlights in the texts. The problem was that few faculty actually did this. A successful digital initiative will be one in which the faculty are strongly committed to active participation in working with the course materials--when the course materials act not as passive appendages to classroom teaching but rather as direct extensions of that teaching itself; when they are less interchangeable commodities and more directly reflective of the learning environment itself (the institution or the classroom).

Second, conventional thinking about digital rights management (DRM) has to change. As a general rule, the tighter the DRM restrictions, the less appealing the technology from the user’s standpoint. In the case of digital textbooks, it likely precludes mainstream adoption. Expiration dates, and strict limitations on printing, sharing, and remixing content, are all dissuasive to students and faculty.

Third, lower pricing is not a sufficient condition for technological change--but it is a necessary one. By itself, an alternative price structure will not usher in a new era; but, there’s no doubt that it will be a critical ingredient to such change. Look at the success of the Kindle. Price discounts have been important, but if the Kindle didn’t also provide a satisfying experience for general readers, those discounts would have been irrelevant (and, in fact, the discounts were irrelevant in Amazon’s own failed pilot pairing the device with digital textbooks).

It’s uncertain whether commercial publishers have the will and the ability to change their business models sufficiently to meet these new needs. While they continue to experiment with institutionally-direct distribution models (and this digital textbook pilot is an example of that), there’s still little evidence to suggest that it represents the required fundamental change in thinking regarding DRM and costs. The lack of publisher movement in these areas has created an opening for alternative models, especially Open Educational Resources, to emerge that are now challenging the commercial model. But these alternatives have demonstrated no ability to address anything beyond cost. As such, open texts may be successfully adopted in classrooms, but they will not in their present state inspire mainstream use of digital learning materials.

What this e-textbook study and others like it tell us is that the technology of the textbook--with its physical interactivity, rich graphics, and tactile experience--raises the digital transition threshold for study materials well beyond what it is for general reading books. And that’s probably a good thing, for when the transition comes (and it will) it should be one that fundamentally changes not only course materials but the very relations of teacher, student, and text. 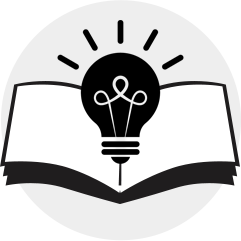